If you follow the tech industry today, you are probably overwhelmed by the daily deluge of news on blockchain and cryptocurrency. The hype is somewhat justified – early adopters and investors have made generational wealth buying and mining bitcoin, ethereum and other tokens over the last several years. The market capitalization of all cryptocurrencies today is over $3T and has risen 5x over the last 12 months. The total value of all cryptocurrencies today approaches the market capitalization of the largest publicly traded companies, Apple and Microsoft – something unthinkable just a year ago.

Cryptocurrency is the liquidity mechanism for the infrastructure of web3 – a decentralized internet built with cryptography and redundancy. This allows for an internet infrastructure based on a new form of trust, whereby verification of data and/or identity can live on a distributed blockchain and effectively be “double-checked”. Information shared in the public record can live in perpetuity with all editing and retroactive change tracked. Those who operate “nodes” on a blockchain are often compensated with cryptocurrency for storing data, processing transactions, and participating in the decentralized system. So rather than operating with single points of failure and/or hacking in Amazon Web Services, Microsoft Azure, or the Google Cloud, a blockchain-based system provides an opportunity for technologists to establish projects and store data in a decentralized fashion, and sometimes at a lower cost.

Cryptocurrency is also an opportunity for *anyone* or any business to create their own economy. Tokens can be created on existing technologies such as Ethereum and Solana today and promoted to consumers. Currently cryptocurrencies are largely used to incentivize the development, operation, and security for web3 infrastructure. But, cryptocurrency tokens can be created without participating in web3 infrastructure at all. They can be used solely as a means of incentivizing any desired behavior for new and/or existing audiences.

Cryptocurrency allows anyone to create a token and thus, be their own central bank – with the sole authority to set a maximum number of tokens, create new tokens, and change cryptocurrency-based compensation structures. Additionally, cryptocurrencies can be designed to be pegged to fiat money cash flows. For example, a company could use proceeds from business operations to “buy back” its own cryptocurrencies or a basket of cryptocurrencies. Cryptocurrency can be utilized to provide rewards to users of a system – whether that system is infrastructure, digital, or analog.

These tokens provide a liquidity mechanism to an economic system that is separate from pure fiat financial transactions, equity holdings, and bonds. It is in effect a hybrid of all three and can share characteristics of all three – the experimentation in the web3 space with these characteristics is sometimes referred to broadly as DeFi (decentralized finance). The market cap of current cryptocurrencies is the net present value of the expected cash flows and value created by the economic system.

Because cryptocurrency unlocks a potential new financial/economic innovation, we’ve seen thousands of web3 projects emerge across a wide range of industries since the release of Satoshi Nakamoto’s Bitcoin white paper in 2009. Some are infrastructure-related – a combination of blockchain and cryptocurrency – such as L1 (level 1) Ethereum, Solana, and Avalanche. Hundreds of L2 (level 2) tokens have emerged on Ethereum and Solana – effectively sub-tokens designed to handle technical problems or new business opportunities that have emerged. We’ve seen NFTs (non-fungible tokens) emerge as a craze – some as digital art, some as modernized keys for use in physical and digital domains. We have also seen an explosion of verticalized cryptocurrencies backing innovations in telecommunications (Helium), collectibles (WAX), and gaming (Axie Infinity) to name a few.

Early-stage venture capital investors are increasingly setting their sights on these deals. Andreesen Horowitz, the most prominent venture capital firm of the web 2.0 era, is already in its third crypto fund with $2.2b raised in its Crypto Fund III. Over $27b has been raised by crypto / web3 funds so far in 2021, which exceeds the total raised for such companies prior to 2021 and $6.5b in 2020. A tremendous amount of experimentation is being funded today to determine tomorrow’s Google, Facebook, et al for web3, and the future of the Internet.

I’m excited to join Grayline Group to investigate the intersection of crypto and marketing. I have worked in the modernization of marketing for over two decades with major consumer brands, and web3 is the next frontier. We have not yet seen a significant amount of innovation in the brand or corporate utilization of web3 and cryptocurrency, as brands have conducted only a handful of largely cosmetic NFT projects to date. I see crypto being in a place similar to the Internet in its early days – the next big thing for early adopters but a curiosity for later-adopting brands. But we’ve seen this story play out before – the corporate world is coming. Institutional investors are coming. And it will provide a fascinating opportunity for those who intelligently jump in. 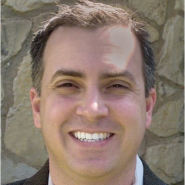 Chris Treadaway is an accomplished executive, bringing innovation and new technology to the corporate world for over 25 years. With a strong background in marketing, operations and technology, Chris is currently delving deep into Web3 with a particular focus on how these emerging technologies intersect with business operations and strategy. Read Chris' full bio.